Recently, ORNL IMTS 2016 in Chicago announced a huge new project. They will soon and Illinois Ingersoll company together, developed the world's largest 3D printer. The upcoming WHAM 3D printing system will have 23 x 10 x 46 feet (7 x 3 x 14m) large volume structure, it also shows the strange names for ORNL. It is expected that the 3D print speed of up to 1000 pounds per hour, will change the size of the 3D printing industry. In contrast, BAAM 3D printer will be testing is developed by Strangpresse 50 pounds of extrusion system.

This new cooperation also involves Ingersoll, this machine tool developers first enter the 3D printing market. They managed to do this step, because the WHAM more than any of the existing examples in speed and size. Although WHAM has not set up the exact time, but it is expected to put into the market in the next 18 to 24 months. Once ready, it will enter the market in the name of MasterPrint. 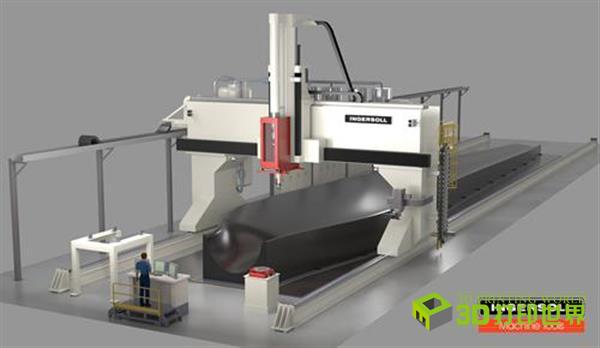 In addition, it is said to have reached the highest level 3D printing can be achieved. Although there are a lot of technical details were not disclosed, but one thing is certain: WHAM will be multifunctional. Ingersoll has said that this 3D printer can automatically replace the high speed extrusion device five axis milling attachment to cut processing. In order to do this, engineers will use Ingersoll placement machine development experience in CNC machining and automatic fiber. "Our experience in mechanical design, coupled with the complete process for customer development ability, makes WHAM possible. Our partnership with ORNL provides us with a huge advantage, "said Ingersoll CEO Tino Oldani.

Over time, WHAM will use a variety of materials, but the first consideration is the Ingersoll ABS composite plastic Techmer, the chopped carbon fiber material contains 10%. "We are still in technology development," chief engineer Curtis Goffinski in the IMTS 2016 press conference said: "there are some things we need to know."

Obviously, the large size 3D printing experience this upcoming 3D printer will rely heavily on ORNL, but Ingersoll's engineering experience will guide most of the projects. "Ingersoll brings years of experience in large-scale equipment design in the field of composite materials, we look forward to a successful cooperation," Bill Peter said, he is director of the ORNL manufacturing demonstration plant.

But the real question is: such a large 3D printer can be used where? The main aim now is to wind energy, aerospace, automotive and defense industry. The current record holder of the world's largest 3D print is a wing connected to the Boeing airplane tool, it may be a good indicator of the future.
Related News