About 3D Printing, We Often Fall Into The Misunderstanding

In the promotion of national policies, China's 3D printing has ushered in a period of rapid development, the technical bottleneck breakthrough, the market space is more and more big. According to a new market report shows that this year, China 3D printer shipments will exceed the United states. Although the development of 3D printing technology makes us wonder, but the reality is that many of my friends know about 3D printing also exist some too idealistic knowledge. Let's take a look, talk of "3D print", we often fall into a few big misunderstanding.

For the mass production of commercial, 3D printing is not a good solution? Some designers want to batch print their designed products for sale, or even think of themselves as a sales department can be left to a 3D printer to complete.

However, if you consider 3D print the required material cost and length of time, will draw a conclusion: the use of 3D printing to the mass production of the business, and not too much significance.

Desktop and commercial grade 3D printer has played a significant role in the development and production of short-term prototype. However, mass production if you plan to use 3D printing to the business, the cost will be very considerable, it may be the first to consider the traditional manufacturing cost, compared with before making a decision.

3D print "drone", to meet the needs of customization

No.2 3D: print objects do not need to add support?

Many just entering the field of 3D printing novices, often forget an important point, is to print before printing objects have a comprehensive understanding of.

Because the working principle of 3D printer is to complete the object through the material manufactured by way of printing. So we need to add a support structure for many complex objects.

But when the model after printing, these structural support is no longer meaningful, we need to quickly put the support from the model above to remove. 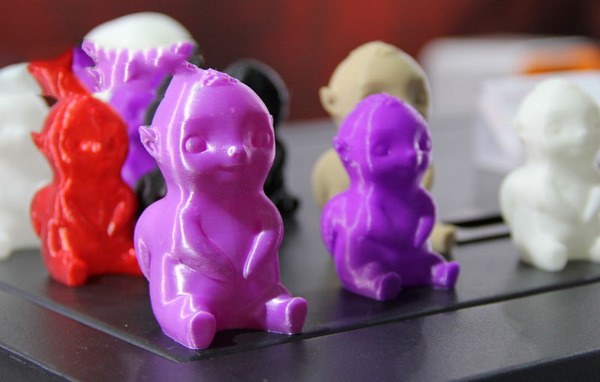 But many novice not correctly to add some support for the model, such as the following:

In fact, once you get into the model is removed from the print on the platform, many of the details we need more attention to. The support is removed. Usually there will be some rough, then you need to polish the surface with sandpaper. Especially when you set the storey comparatively thick, this process may need more time.

No.3 3D: the development of printing in the future prospects?

In the past 30 years, we have witnessed the 3D printing technology and prosperity. It is a rapid prototyping technology, until today has become a global industry. If you ask 3D whether printing on behalf of the future, we will know that look around.

3D printing technology has affected our world in several major areas. From the manufacturing of small accessories, to moving parts is very complex, because of its powerful 3D printer, got everyone's attention. 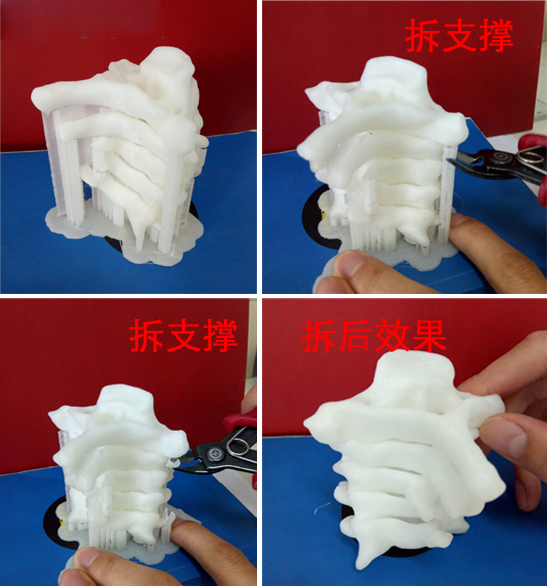 In the future, 3D printing can change the way we interact with the closed area. The difficulty of looking for "small and specialized" parts in many parts of the world must face up to the problem, but only use a 3D printer, an important mechanical components can be manufactured without the need to wait and buy.

The use of 3D printing in industrial field

The industrial growth of the technology from space to the ordinary people of the desk. With the passage of time, 3D printing will become a everyone can master the technology.
Related News